Because it’s cold and all anyone wants to do is go down the pub….

Watch a spot of pub theatre 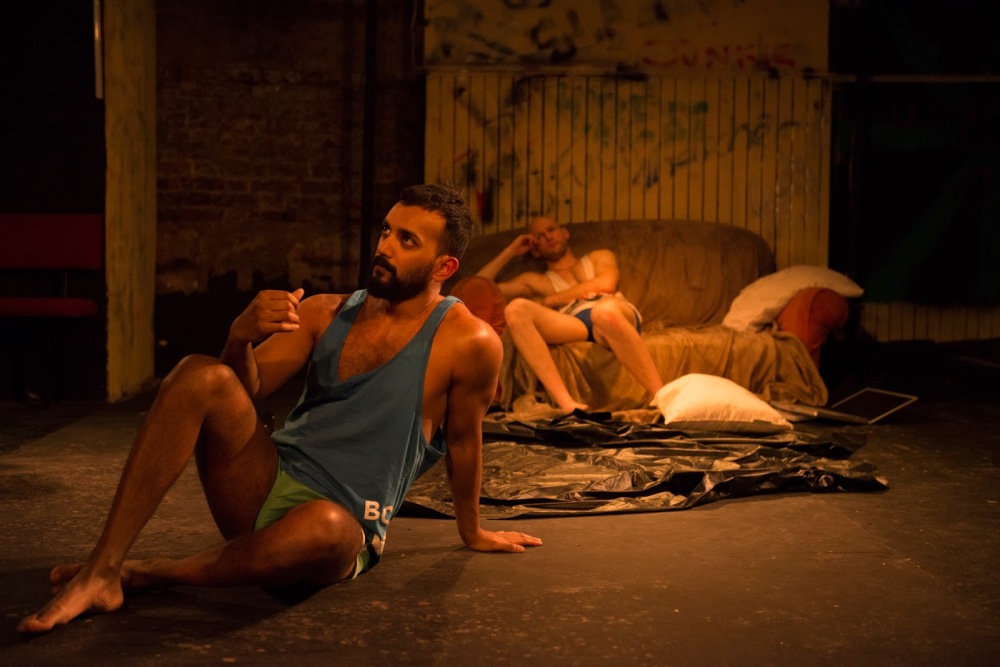 Pubs have had a habit of popping up in the shadow of theatres since Shakespeare’s era (at The Shakespeare’s Head, opposite Sadlers Wells, the patron would even ring a bell just before the performance and at the end of the interval). But pub theatres are a relatively new thing, traceable back to the Seventies. Their emergence is probably down to the calamitous impact of television on the theatre industry, which all but killed off the middle-class tradition of weekly nights out to see conventional, high-quality plays (television plays were also a thing for a while, but never really caught on).

Today London has a healthy clutch of pub theatres, putting on a show to punters in their back rooms – from forgotten classics to more edgier, experimental stuff. I love the King’s Head – a theatre pub on Upper Street in Islington where the owner was so against decimalisation in 1971 that he charged in pounds, shillings and pence for another 20 years. Tickets for a good seat are around the £19.50 mark.

The Bread and Roses pub theatre in Clapham is also good fun, with tickets around £15 (and reductions for groups) for everything from obscure fringe theatre about incestuous siblings to reinterpretations of modern classics like the Vagina Monologues. The pub also has a 50/50 split on profits with collaborators, increasingly rare for London. There’s a creative writing group for playwrights here on the last Monday of every month too.

The immersive game Lady Chastity’s Reserve at the Four Thieves pub in Clapham is perfect for those who can’t justify forking out 50 quid on Crystal Maze…Without giving too much away, you work as a team and solve individual puzzles to unravel the mystery of Lady Chastity in an hour. Expect to get attacked with cobwebs and blasted with a smoke machine, as you work your way through the challenges with weirdo host Gabriel. Play your cards right and you’ll be rewarded with Chastity’s fabled aphrodisiac wine….For 2-5 people, £19-£22 each (depending on whether peak or off-peak)

Get your swing dancing on

I’ve just started swing dancing at my local pub, The Antelope in Tooting (beginners 7pm; improvers 8.15pm, £8), and it’s fantastic. When I climb the sequin-strewn stairs to the side of the pub, I can already hear the plonking keystrokes of a Nina Simone record floating from the room above, and I start to get very excited. The dance space is big and draped in fairy lights; the creaking floorboards – shiny where they’ve been worn by feet – , an old fireplace and black-and-white photos on the walls, yellowing at the corners, give the impression of an abandoned school assembly room or church hall.

The beginner’s class is always a hoot, open to individuals coming on their own (like me!) as well couples (everyone has danced with everyone by the end of the night). We’re working on the ‘Rock Step Triple’ at the moment. Come and join us!

I also want to try out the beginner’s Lindy hop sessions at The Bedford in Balham. C Jam, the name of the night, focuses on Savoy-style Lindy hop, which is the original dance to emerge from the ballrooms of East Harlem so will appeal to purists (beginners Tuesday 7.45pm £12). If you don’t live south, perhaps check out Swing Patrol at the Royal Inn on the Park, an old-fashioned East End pub. Beginners meet Tuesdays 7pm (£10).

The Gorringe Park is one of my locals in Tooting. A great book club meets here monthly, but today I want to talk about the FREE cosy little secret cinema in the basement complete with lime green vintage movie theatre seating and HDMI projector.

Obviously, they don’t play the latest blockbusters here – instead, expect everything from Trainspotting and the Muppets to Bridget Jones. Entry is free; before the show, order a homemade corn dog and a bag of quirky-flavoured popcorn (I recommend the mojito). Join their Facebook group for updates on what’s showing.

Fancy playing some social chess over a pint? ‘Tech Chess’, a group that meets at The Windmill on Tabernacle Street in Shoreditch from 6pm on the first Thursday of every month, is your best bet. It is officially aimed at people from a technology or startup background (perhaps computer whizzes are disproportionately committed sharpening their strategic thinking and logical faculties these days…) but actually everyone is actually welcome.

Those looking for something more serious should check out the Exmouth Arms on Starcross Street on Monday and Wednesday nights (from 7pm). This is where the King’s Head Chess Club plays its Middlesex League home matches. This does mean that the chess night here, although open to all levels, takes a league/tournament format, and participation costs £45 per year. A smaller group from King’s Head club meets on Saturday nights at the Star Arms Tavern in Belgrave Mews West for a more relaxed session.

Discuss the meaning of life 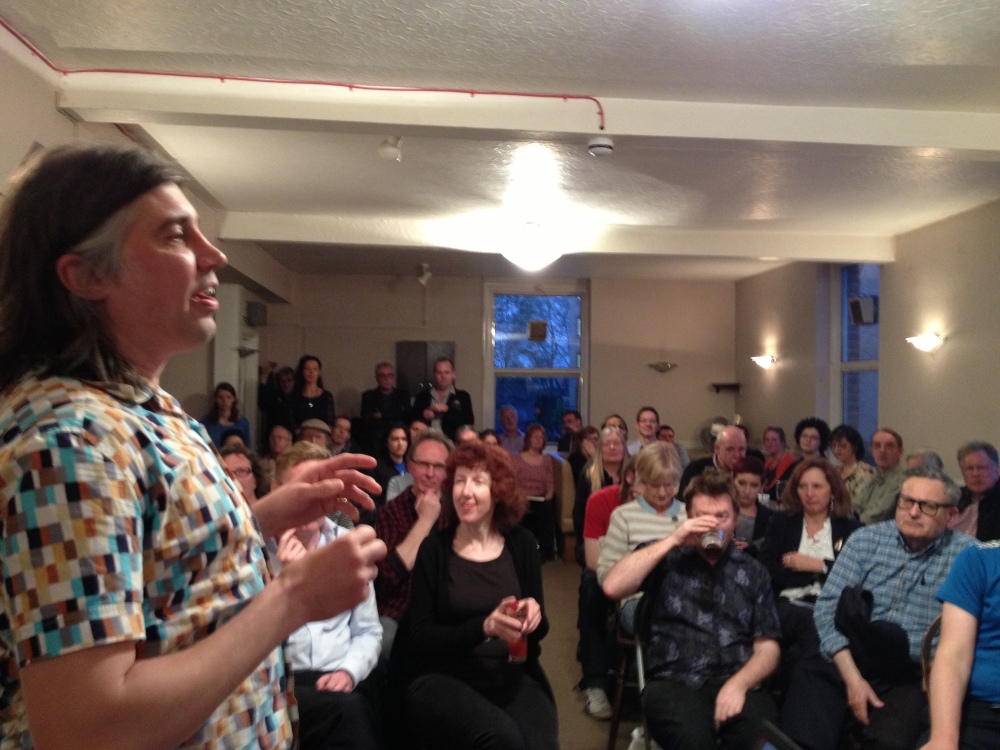 PAA (Philosophy for All) meets in the upstairs room of a slightly smelly Irish pub in Euston called the Cock Tavern on the first Wednesday of every month for ‘Kants Cave’ , a relaxed philosophy discussion led by a keynote speaker. Topics range from how critical thinking can change your life and cognitive bias to understanding Nietzsche and Zeno’s paradox.

If the idea of getting through philosophy’s classic tones – from Plato’s Republic to  Schopenhauer’s The World as Will and Representation – appeals, then it’s worth checking out the Hoop and Grapes in Farringdon’s London Philosophy Club Reading Group.

There’s a few life drawing nights at pubs, but a surprising number charge a tenner or more even though they’re untutored – great if you can already draw, but pointless if you can’t. If you actually want to learn how to draw, I recommend The Cuckoo in Islington’s sessions.

They are run by Bella Franks, the sister of an old school friend of mine so maybe I am biased, but she really is very talented – a graduate of the City & Guilds of London Art School with an art history degree from Durham. The classes take place on the last Tuesday of every month at 7pm, cost £15 and include a drink.

Get your creative writing juices flowing

If you are looking for a fun, welcoming, supportive, hilarious creative writing group then look no further than Chalk The Sun, which meets on the first Saturday of every month at The Trafalgar Arms in Tooting. This is my local creative writing group and I couldn’t recommend it more; the tutor Ardella is both entertaining and highly skilled at what she does. Sessions always focus on a particular theme, from characterisation to how to write a sex scene. £30 for a taster session, and then people tend to save money by buying a package of classes.

I’d also like to try the London Writers’ Cafe, which has a workshopping-based format (you submit a piece of writing in advance to be critiqued at a meeting). They meet on Tuesday evenings at the Railway Tavern on Liverpool Street. Budding poets in North London might like to try the Spinning Room Poetry Group that meets at the Spaniards Inn in Hampstead Tuesdays at 8.30pm.